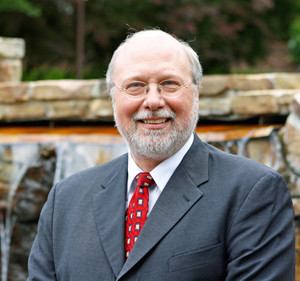 The lecture offered The Psalms and Pentecostal Spirituality: Psalm 63 as a Model. This lecture approached Psalm 63 from the perspective of Pentecostal spirituality, a spirituality that is characterized by and integration of orthodoxy (right belief), orthopraxy (right practice), and orthopathy (right affections). The passionate tone of Psalm 63, along with its prominent theme of divine encounter, resonate deeply with the Pentecostal ethos, which values both passion and encounter. Dr. Martin argued a holistic interpretation of Scripture (especially the poetic literature) must include attention to the affective dimension of the text and to the affective concerns of the interpreter. The affections have a role in the interpretation of Scripture, and the affections of the interpreter should be formed/transformed by the encounter with the biblical text. After arguing for the affective approach and outlining its components, an affective interpretation of Psalm 63 that intersects with Pentecostal spirituality is offered. The lecture concluded with implications of the study for Pentecostal discipleship and formation. A Biblical Perspective on Spirit-Filled Worship The Pentecostal movement has radically transformed Christianity in the last 100 years. Eminent Pentecostal historian Walter Hollenweger has argued that Pentecostalism’s ‘most important contribution’ to the larger Christian tradition has been in the practice of worship. Although Pentecostals have influenced Christian worship practices, we have been slow to take full advantage of our influential position in that arena. While many practitioners have studied recent trends in worship and music, we must make the effort to approach the topic of worship from biblical and theological perspectives. Beginning with Ephesians 5:18, Dr. Martin offered a biblical overview regarding the nature and practice of Spirit-filled worship. It is in the context of worship that people are saved, sanctified, baptized in the Spirit, healed, and filled with the hope of Christ’s coming. Holding to our doctrines on paper is not enough – we must put them into practice if our movement is to have a future.

Lee Roy Martin (DTh, University of South Africa) is Professor of Old Testament and Biblical Languages at the Pentecostal Theological Seminary in Cleveland, Tennessee, where he has taught since 1992. Prof. Martin also served as a pastor in the Church of God (Cleveland, TN) for 25 years (1977-1980 and 1983-2005). He is editor of the Journal of Pentecostal Theology and is an editor and publisher at CPT Press. Martin has written and/or edited 22 books (most of which are available on Amazon.com), and he has published 51 academic articles or book chapters. His newest academic books are Judging the Judges: Pentecostal Theological Perspectives on the Book of Judges, and The Spirit of the Psalms: Rhetorical Analysis, Affectivity, and Pentecostal Spirituality. His newest book for laity is an inductive Bible study entitled Daniel: A Path to Faithful Witness.  Dr Martin and his wife Karen have three children and two grandchildren.

Dr. Martin's books can be also be attained through the Centre for Pentecostal Theology website: http://www.pentecostaltheology.org/CPT_Press.html