The Pentecostal Theological Seminary is happy to announce the sixteenth annual Clarence J. Abbott Lecture in Biblical Studies to be given on 21 February 2018 in Cross Memorial Chapel at the Seminary. The Theme of the lecture is ‘The Psalms and Pentecostal Spirituality’.

The lecture will be offered by Lee Roy Martin, Professor of Old Testament and Biblical Languages at the Pentecostal Theological Seminary in Cleveland, Tennessee.

Professor Martin ministered as a pastor in the Church of God from 1977-2004. Ordained in 1983, he served as a District Overseer, State Youth and CE Board member, State Council member, State Director of Ministerial Development, and State Ordination Board member. He has preached in Church of God State Conventions, Prayer Conferences, youth camps, and pastors’ conferences.

He has published several books, including Biblical Hermeneutics: Essential Keys for Interpreting the Bible; Introduction to Biblical Hebrew; Jonah and the God of Grace; and The Unheard Voice of God: A Pentecostal Hearing of the Book of Judges. Along with his 23 encyclopedia articles, book chapters, and book reviews, Dr. Martin has published 19 journal articles, including ‘Longing for God: Psalm 63 and Pentecostal Spirituality’;  ‘Delighting in the Torah: The Affective Dimension of Psalm 1’; ‘“Where are all his wonders?”: The Exodus Motif in the Book of Judges’; and ‘Power to Save!?: The Role of the Spirit of The Lord in the Book of Judges’.

In addition to his ministry of teaching, he serves as Editor of the Journal of Pentecostal Theology (2008–present) and a past President of the Society for Pentecostal Studies.

He married Karen Arlene Luke in 1975, and they have three children: Stephen (b. 1979), Michael (b. 1984), and Kendra (b. 1995). Stephen and his wife Marilyn have two boys, Joshua and Caleb. Karen and Lee Roy are deeply involved in their local church, Grace Community Church (Pastor Kevin Mendel) where Lee Roy serves as associate pastor.

The lecture, entitled ‘Psalm 130: The Hopeful Cry of Lament’ will be given on 21 February at 11.00 am in the Cross Memorial Chapel.

This event is open to the public. 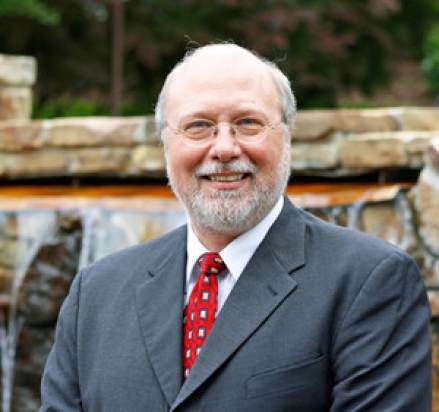