Congratulations to Jimmy D. and Peggy Smith on your induction into the Pentecostal Theological Seminary Hall of Prophets. The HOPs provides recognition and affirmation of worthy ministers, as well as, endowed scholarship opportunities for deserving students. Jimmy and Peggy, you are loved and appreciated for your dedicated servant leadership! Welcome to the Hall of Prophets!

Jimmy D. Smith is a second-generation Church of God preacher, born on March 9, 1949 in Brandon, Mississippi, the second child of Reverend L. C. and Betty Smith.  Peggy J. Smith was born April 30, 1951 to William and Mavis White in Starkville, Mississippi.  Jimmy and Peggy met while attending Junior High School in Sturgis, Mississippi after L. C. Smith was appointed as pastor of the Bradley Church of God.

After that first meeting, a love story in the making, Jimmy and Peggy were sweethearts throughout high school.  Jimmy received his call into ministry in 1968 and they were married August 1, 1969.  Jimmy was licensed in the Church of God April 2, 1970 and ordained May 31, 1978.

In 1970 the Smith’s were appointed pastor of a rural church in Runnelstown, Mississippi with 12 in attendance when they arrived. With hard work, evangelizing the community, coaching at the local school, and getting to know the people in the area, they were blessed with amazing growth during their 4 year tenure. Their daughter, Melonie was born March 13, 1971 in Runnelstown.

In addition to their two daughters and sons-in-law Laurence & Melonie Baucom and David & Paige Rapson, they have four grandchildren; Connor Baucom, Bryce Rapson, Reagan Rapson and Chloe Rapson.
Jimmy and Peggy are currently evangelizing in Churches of God around the United States and feel blessed beyond measure to have this opportunity to minister. 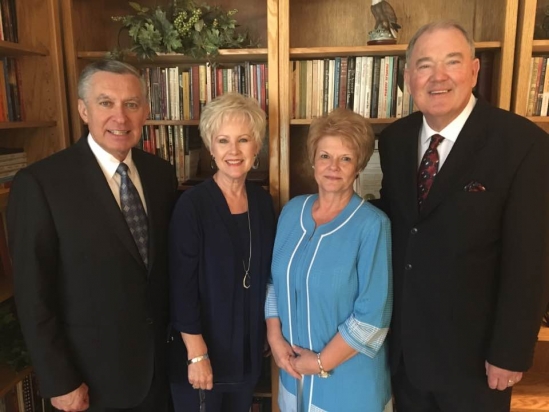 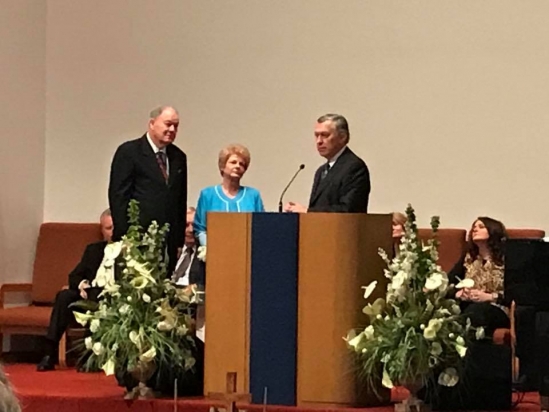