On behalf of the Pentecostal Theological Seminary family, we express our sincere condolences. Dr. Betancourt and his wife Mary are installed members of the PTS Hall of Prophets.  Through the endowed scholarship fund in their names, their legacy will live on perpetually investing into future generations of those called to ministry.
Dr. Esdras Betancourt was born April 21, 1935, in Ponce, Puerto Rico to Reverend Angel and Emma Betancourt. Mary was born May 13, 1935, in Gadsden, Alabama to D.B. and Mary Brannon, Jr. While attending Lee College, Esdras met Mary and they were married April 21, 1961, and later blessed with a son Angelo and daughter, Damaris.

Dr. Betancourt taught at the International Bible Seminary in Switzerland and served as the Director of Youth and Christian Education for the Eastern Spanish Division. He also served in the following areas: Dean of Hispanic Students at New York Theological Seminary, President of the Spanish Institute of Ministry, Academic Dean at West Coast Christian College, Spanish District Overseer for the Western Spanish Territory, the Hispanic and MIP Program Coordinator and then became the Director of the Department of Hispanic Ministries of the Church of God. He travelled to and taught in almost all Latin American countries. Together, Esdras and Mary pastored several churches over the years including planting and pastoring a church in Ooltewah, TN following their retirement.

Mary Betancourt graduated from the University of St. Thomas with a BSN in nursing and from Loma Linda University with a Master of Public Health. She was an excellent nurse and served as Director of Nursing at Lee College, Royal Care, and finally was an instructor at Cleveland State Community College. Mary went to be with the Lord, January 16, 2020.

Dr. Esdras and Mary Betancourt exemplified the essence of servant leadership and throughout their ministry made significant contributions to Hispanic Ministries! 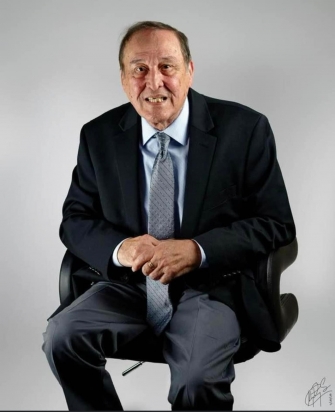