“Recently, a group of Korean delegates visited the Seminary. The group was made of laity and pastors of a local congregation in Korea who felt called as the short-term missionaries of intercessory prayers for the United States as a nation. Two dozen prayer groups like the one captured in the photo were sent to different cities of the United States covering all four corners of the nation. This group was particularly burdened to come to Cleveland, TN, sensing that the Lord was calling for new revivals for the Church of God. The photo was taken after the group spent hours in the PTS chapel studio praying for the Seminary and the global ministry of the Church of God through its headquarters in Cleveland.” 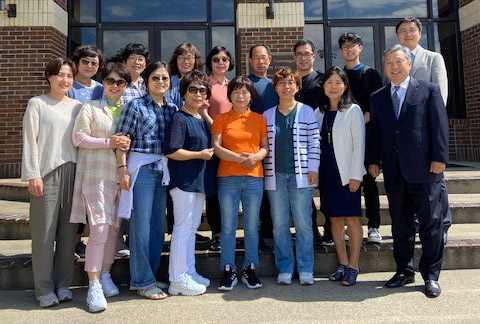