The Pentecostal Theological Seminary extends congratulations to Dr. Christopher Thomas, a PTS professor, for being awarded the significant “Higher (Senior) Doctorate” by Bangor University in Bangor, Wales. This degree, the Doctor of Divinity, has been bestowed recognizing Dr. Thomas’ published contributions in the areas of the New Testament, Pentecostal Hermeneutics, Pentecostal Theology, and “A Pentecostal Reads the Book of Mormon”.

Dr John Christopher Thomas, Clarence J. Abbott Professor of Biblical Studies at the Pentecostal Theological Seminary, has been awarded a Higher (Senior) Doctorate by Bangor University in Bangor, Wales, where he also serves as the Director of the Centre for Pentecostal and Charismatic Studies. This degree, the Doctor of Divinity, has been bestowed for Professor Thomas’ published contributions to the advancement of knowledge in the following subject areas: New Testament, Pentecostal Hermeneutics, Pentecostal Theology, and Book of Mormon Studies.

The University’s policies with regard to the Higher, or Senior, Doctorate involve the formal examination of a scholar’s published work by two groups of assessors. The first round of assessment is undertaken by an examination committee internal to the University. If this committee believes the scholar’s work merits serious consideration, the committee invites two outside examiners from other British Universities to assess the published work. In Professor Thomas’ case, the following volumes were submitted for examination: The Devil, Disease, and Deliverance: Origins of Illness in New Testament Thought; The Spirit of the New Testament; The Apocalypse: A Literary and Theological Commentary; and A Pentecostal Reads the Book of Mormon: A Literary and Theological Introduction.

In order to qualify for the degree, the published work must be deemed ‘to show mastery of the subject(s)’; ‘possess the quality, originality, merit, and distinctiveness worthy of the degree for which it has been submitted’; ‘make a substantial contribution to the advancement of knowledge of such a nature as to make the applicant an acknowledged expert in the field covered’; and ‘must be considered worthy of the award of the degree’. The examiners were unanimous and enthusiastic in their recommendation for the award of the Doctor of Divinity. Professor Thomas is the first Pentecostal Biblical scholar to be so honored by a British University. 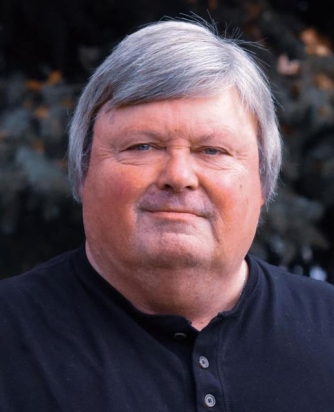