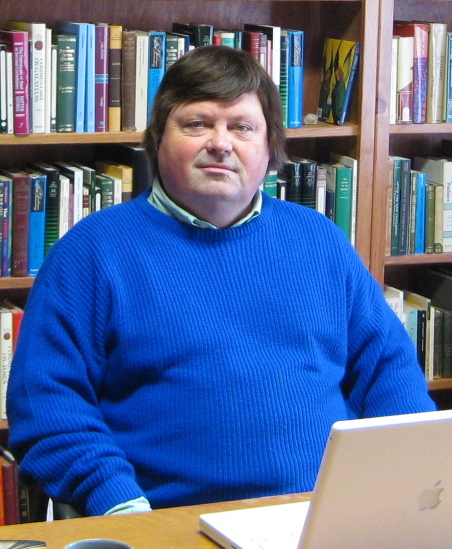 The Pentecostal Theological Seminary is happy to announce the eighteenth annual Clarence J. Abbott Lecture in Biblical Studies to be given on 19 February 2020 in Cross Memorial Chapel at the Seminary. The Theme of the lectures is ‘The Mother of Jesus in the Johannine Tradition: Implications for Pentecostal Theology’.
The lecture will be offered by John Christopher Thomas, Clarence J. Abbott Professor of Biblical Studies at the Pentecostal Theological Seminary in Cleveland, Tennessee and Director of the Centre for Pentecostal and Charismatic Studies at Bangor University in Bangor, North Wales.
A member of the full-time faculty of the Pentecostal Theological Seminary since 1982, Professor Thomas has been honored for his work in New Testament scholarship by his election into membership of the Studiorum Novi Testamenti Societas and his appointment as the Clarence J. Abbott Professor of Biblical Studies at the Seminary.
He has published articles in several leading international journals devoted to study of the New Testament including: New Testament Studies, Novum Testamentum, Zeitschrift für die neutestamentliche Wissenschaft, and Journal for the Study of the New Testament.  He has authored nine books including: Footwashing in John 13 and the Johannine Community; Ministry and Theology: Studies for the Church and Its Leaders; The Devil, Disease, and Deliverance: Origins of Illness in New Testament Thought; He Loved Them until the End: the Farewell Materials in the Gospel according to John; The Pentecostal Commentary on 1 John, 2 John, 3 John; The Spirit of the New Testament; The Apocalypse: A Literary and Theological Commentary, Revelation (with Frank Macchia), and A Pentecostal Reads the Book of Mormon. Professor Thomas serves as Editor of the Journal of Pentecostal Theology and Supplement Series, General Editor of the Pentecostal Commentary Series, founding co-editor and publisher of CPT Press, and on the Editorial Advisory Board of the Journal of Book of Mormon Studies.
Professor Thomas has been a Guest Lecturer or Visiting Lecturer at a variety of educational institutions on five continents. He was named Alumnus of the Year in 1992 by Ashland Theological Seminary and in 2004 by the Church of God Theological Seminary. Dr Thomas served as the President of the Society for Pentecostal Studies (1997-98). He was given the Lifetime Achievement Award in 2017 by the Society for Pentecostal Studies.
Strongly committed to parish ministry, he has served as Associate Pastor of the Woodward Church of God in Athens, TN since 1981. He is married to Barbara and they have two daughters, Paige and Lori, two sons-in-law, David and Chad, and two grandchildren, Madeline and Thomas.
The lecture, entitled ‘The Mother of Jesus in the Johannine Tradition: Implications for Pentecostal Theology’ will be given on 19 February at 11.00 am in the Cross Memorial Chapel.
This event is open to the public.
The Pentecostal Theological Seminary is located at 900 Walker St, NE.  For further information call 423 478 1131.